from Down Talk [EP] by Lucy Camp 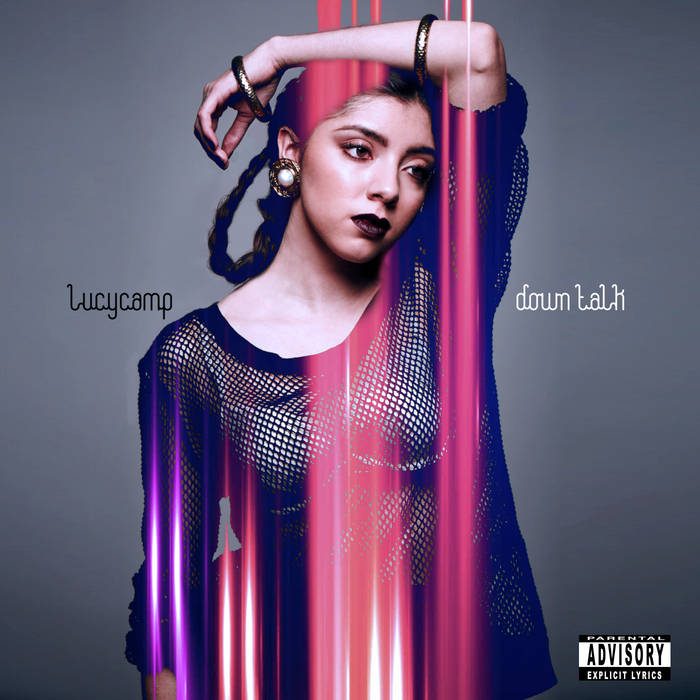 Verse 1:
Giving you a pseudonym I gotta make it vulgar
Kissing you is ruining my whole predated soul search
Gotta find me first
I believe that begins with not hatin’ on my culture
Say you're through with gender
We were fuckin all the way from
autumn, June, December
I just always bring it up to make sure you remember
I am not the one I promise you, you could do better
And you did,
Now we're sittin like “nuh uh we used to never wanna split
Like fuck marriage right?
Said we never wanted kids
Like fuck parents right?
Ah they never wanna live”
And they never wanna let me see you cuz of what I did
But it wasn't even that bad
I think it's the fact that we always been a bad match
That got me so damn into grass that once I tried, I cried for your ass back
And you would laugh at me
Am I funny though?
Us had me like wait, where'd my money go?
They say “make that money, honey”
Break up all of a sudden you're a “money hoe”
Damn
Two pans in the van what's cookin good lookin
Don't be shaking my hand
Now I'm taking my stand
We could take it out there if I be taking your man
But
You know I don't be taking out trash
Come to me we'll rehash it
Consequences, no actions
I suggest you get past it
Hyper stressed and thus I confess of lust I’m possessive cuz passion
Got his cigarette butts on me you know he swallows those ashes
You know he swallows his pride a lot
Bitch don't believe me just ask him
Fuck what you think you gon’ fuck with me with your cuts in deep and those gashes

Verse 2:
And those lashes, would've never lasted
I don't wanna be sixteen again I’m just nostalgic
Saying if I can't live with your love then I'll live without it
And I lived on your eyelid, had to move out was so crowded
Eyes on somebody else
Eyes on somebody else
Keep him in the car cuz you treat him like a star
You ain't seen him in the dark, can somebody help?
Celebrating your celebrity, your celibacy
I'm paying hundreds you're selling fifty
What the F is the point when you're hella thrifty?
Go straight to the joint like embellished fifties
I'm raising my voice like a fella hit me
I'm changing the noise like novellas skipping in the middle of the night
Cuz belittlement of wives can develop quickly
I'm so done, listen to the people that will talk but do not know us
We're robust, they're so crusty
We're gold dust they're so rusty
You chose ‘em, you're so trusting
Expose ‘em, runnin bitches out we go busting
But they're gone so it's prolly ghost busting
Now we on like two hoes thrusting
Like hello, uh
Below the
Underground shit
We go mellow dumb
Like who the fuck be putting roofies in this jello stuff?
I see this shit in party movies so I never come
And you don't think it ever hurts me
Well it does
You don't think it was the worst thing
Well it was
Too busy bringing up my flaws like my god girl what you think I'm jealous of?
credits
released March 16, 2016
Written By: Lucy Camp
Produced By: Burial
Additional Production: Peter Anthony Red

Interviews With Butcher Brown and Slauson Malone, plus LP of the week by SAULT.